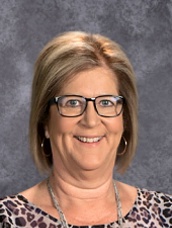 My name is Danna Hall, and I am the CHCS Missions Coordinator. I began teaching French at CHCS in 1975. After a few years, French was switched to Spanish, and my name changed from "Madame Hall" to "Señora Hall". In 1994, Spanish classes began to sponsor students in Guatemala as a practical way to use their Spanish to minister to others. Through the years, these sponsorships have developed into Connecting Hearts Ministry, which provides a Christian education for many children in needy areas of Guatemala. It also provides the opportunity for CHCS families to sponsor children and build relationships with children living in poverty. Many CHCS families and staff members have visited Guatemala as part of the Connecting Hearts Ministry missions trips. In addition to leading the Connecting Hearts Ministry, I oversee school-wide missions projects and teach PK-6 Missions classes at both campuses. I have been married to my husband Ron since 1975, and we have three married children, who have graduated from CHCS, and six grandchildren. I am so grateful for the strong missions emphasis at CHCS and love serving the Lord here!