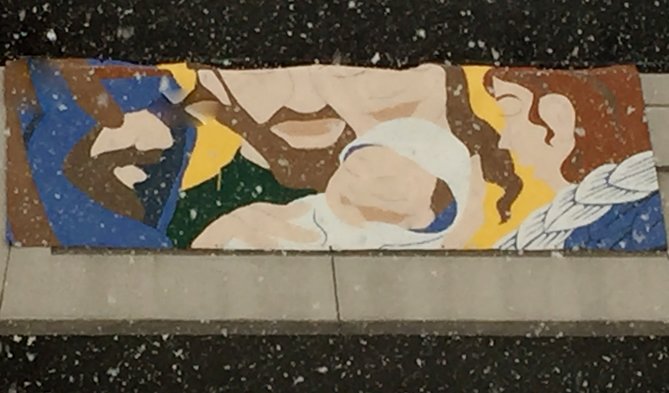 December 2016 marks the second year that we have submitted a banner as part of the countdown to the annual Akron First Night Celebration. The banners were displayed on the side of the parking deck located in Lock 3 in downtown Akron from the day after Thanksgiving until New Year’s Eve. This event is the largest countdown calendar of its kind in the United States. The program is open for participation to groups from all over Akron, ranging from community groups, arts groups, schools and many others. The city provides the 15’X6′ canvas and the paint. This is a great opportunity for our students to collaborate on a project of this size and our sixth grade class provided the ideas and hours of work painting the banner. 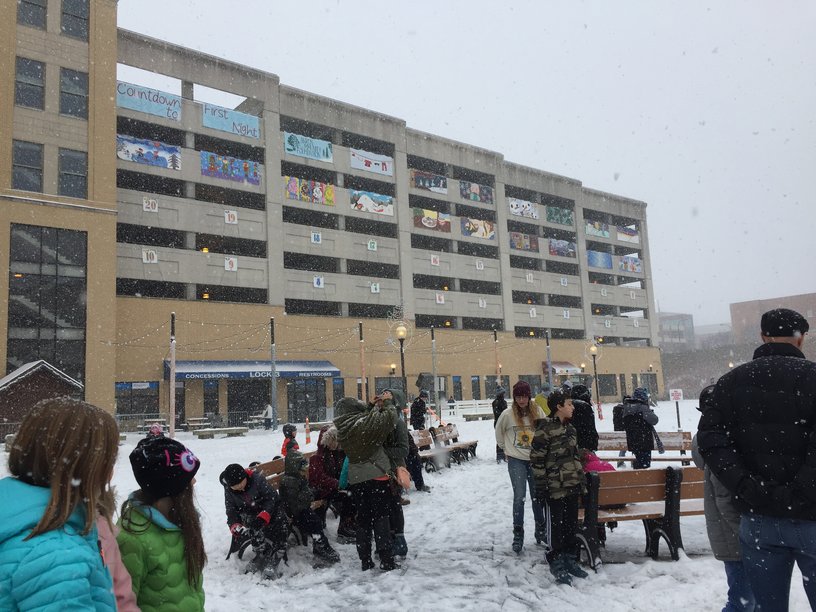 “Silent Night, Holy Night” was the title of our banner this year and it featured the figures Mary, Joseph, the infant Jesus, a shepherd and an angel. Jesus is the central figure so that we can fix our eyes on him during this joyous time of year. Every Sunday afternoon the artists who created the banners that are unveiled that week are invited to talk about their banner. Some groups come to perform. This is a great opportunity to share the good news of salvation to our community! The banner will be on display until the end of February and at that time we can request the banner be returned to our school. Last year’s banner was displayed on the west fence of our school during the Christmas season.